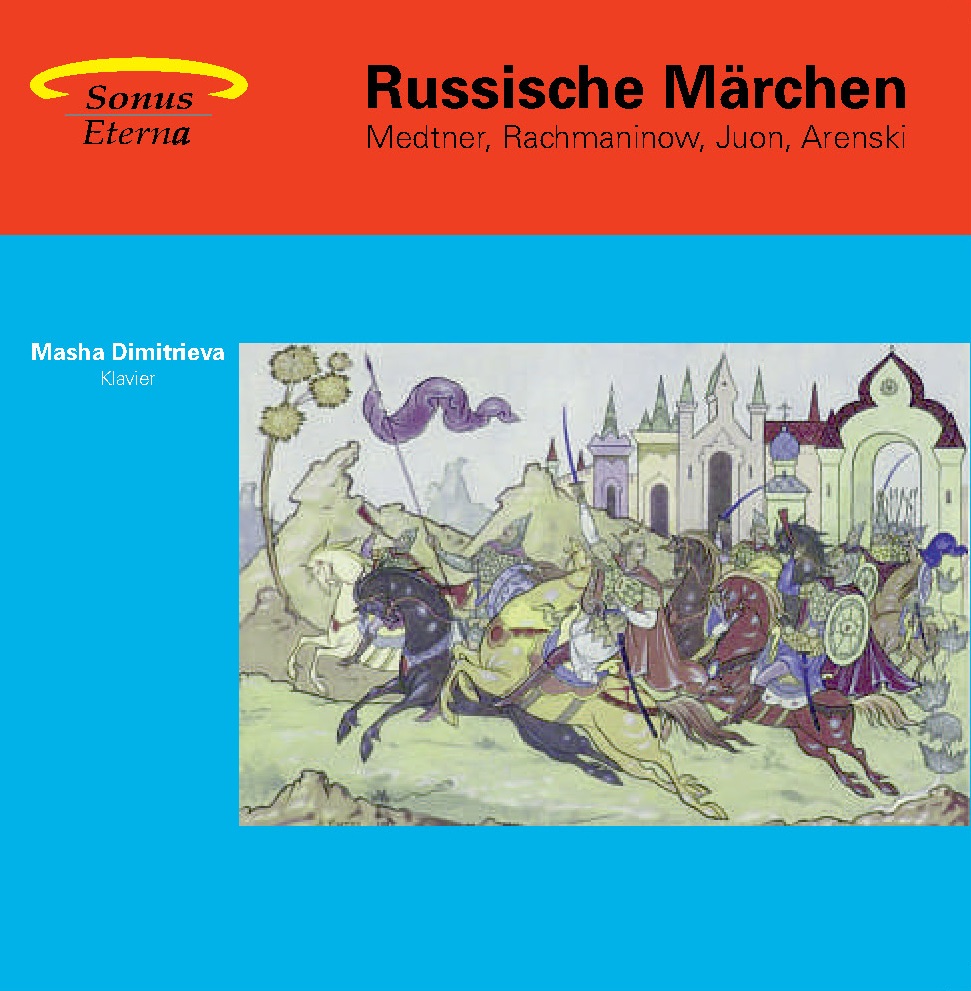 It is always difficult to fathom what determines whether a musician’s name is on everyone’s lips and present in the big concert halls or not, whether someone remains an insider tip for connoisseurs or becomes a star. As disappointed as I am time and again about what the big labels and promoters want to sell us as unique, I am occasionally amazed when a really great musician appears somewhere out of nowhere and really manages to enchant and carry us away with the depth and flawlessness of his performance. I feel the same way about this recording.
Now I was not completely surprised here, because years ago I had already heard an excellent (to this day the best I know of) recording of Nikolai Miaskowsky’s sonatas by Masha Dimitrieva, and also more recently on period instruments with the Austrian Gramola works by Mozart’s contemporary Ignace Pleyel, which are truly remarkable both in terms of composition and execution.
Masha Dimitrieva, a Russian living in Germany, once studied at the Moscow Conservatory and then in Hanover with David Wilde. Her decisive mentors were two timeless role models whose understanding extends far beyond the pianistic: Conrad Hansen and Murray Perahia. Their playing proves worthy of these references, both technically and musically.
Since she is also a very intelligent, articulate and attractive personality, I really have to ask myself how it is that we practically never get to hear her live here, when she undeniably has a substance to offer that most highly groomed young stars and also many well-known keyboard virtuosos blatantly lack. So now Masha Dimitrieva has recorded a CD entitled “Russian Fairy Tales” for the newly founded Sonus Eterna label, on which she presents five of Nikolai Medtner’s fairy tales, which are very popular in Russia, 2 Préludes by Sergei Rachmaninoff, a close friend of Medtner’s, the nine miniature cycle Satyre und Nymphen op. 18 by the Swiss-born Paul Juon, who was born in Moscow, and the six Caprices op. 43 by Anton Arensky.
A total of four Russian composers of the late Romantic period were given the mantle of a “Russian Brahms”: Sergei Taneyev, Alexander Glasunov, Nikolai Medtner and Paul Juon. Each of them has their own language, and what unites them is an eternal romantic attitude that has survived the upheavals of modernity. Medtner’s fairy tales are lyrical narratives of wonderful idiosyncrasy, predominantly very introverted in character, and always suffused with an intimate poetry (here op. 20 no. 1, op. 26 no. 3, op. 42 no. 2, op. 51 no. 3 and the bird fairy tale op. 54 no. 2 – four of the pieces are significantly in a minor key), and Masha Dimitrieva imbues each of the pieces not only with the most cultivated attention to detail and magical sound alchemy, which never for a moment comes close to self-purposed exposition, but also with a clear sense of formal dramaturgy. She is no less successful in the two Rachmaninoff Preludes op. 23 No. 6 and op. 32 No. 5, in which effortless brilliance and lightness form the natural prerequisite for a compellingly coherent musical performance far removed from any cautionary pretension.
The most extensive part of the CD is the Satyrs and Nymphs by Paul Juon, published in Berlin in 1901. Juon, the son of a native of the Grisons, had studied in Moscow with Taneyev and Arensky before rounding out his studies in 1894-95 in Berlin with Clara Schumann’s half-brother Woldemar Bargiel, a notable creator of symphonic and chamber music in the wake of Beethoven, Mendelssohn and Schumann. In his later years he lived in Switzerland. His nine miniatures are typical of the period, ranging between upmarket domestic music and concertante aspirations. His language is less singular than Medtner’s or even Rachmaninoff’s, but always on a first-class level of craftsmanship, thoroughly inspired, very varied and picturesque, and Masha Dimitrieva proves herself here to be a musician who is extremely versatile in expression, always fresh and, for all her conscientious penetration of the structures, spontaneous, in whom one trait above all is immediately apparent at all times: honesty, authenticity of statement. The six caprices by Anton Arensky, whose name became timeless above all because of his Tchaikovsky Variations for string orchestra, were written between 1896 and 1901. They are the least significant oeuvre in this compilation, but of exquisite pianistic appeal, and once again one can admire Masha Dimitrieva’s effortlessly sparkling, soberly clear playing in various facets. A beautifully conceived, wonderfully executed album, an enchanting tribute to the more intimate aspects of the artist’s Russian homeland. The booklet text by Ulrich Kahmann is quite detailed and instructive, the sound could do with a little more spatial breadth, but at the same time conveys that disarmingly unpretentious sincerity which is so characteristic of Masha Dimitrieva’s playing.
Unrestricted recommendation!
Christoph Schlüren [17 .12.2014]

Available at www.jpc.de or in our shop: